I’ve often wondered what my parents went through while raising me and dealing with my health problems. I had a challenging, but happy, childhood… but how difficult was it for them? So, I asked one of my parents what it was like. I grew up during the first 8 years of my life with my biological father. After my parents divorced, my step-father came into my life within the same year. Life was so different. I became a very stubborn and bullheaded child. haha! My step-father, who I look to as a father-figure even though he is no longer married to my mother, stepped in and took charge of my health. For that, I will always be grateful.

So, I asked him a series of questions in an interview style in hopes to help other parents out there who have a child with disabilities.

Q. At the first moment you met me and noticed something was different about me, what did you think?

A. Having some idea medically about your condition, I thought of the many reasons that I had decided not to have children of my own because of my own problems and how little the quality of your life must be!!!I was told you would not live beyond 12 or 13 years of age and at the time, I actually thought of that as a blessing!

Q. What made you want to step in and take control of my health problems by taking me to doctor appointments?

A. I began to see you in a different light as I realized you were a special person who had a lot of spirit and I just fell in love with you…Certainly, your problems seemed insurmountable, but you weren’t afraid to fight for your life, I realized just how wonderful you really were and if you could face death with so much against you, then how could I not stand with you too!! I knew just enough about medicine to see a path to help overcome some of your major problems and besides you were a willing guinea pig and fearless!!!

Q. How did you cope with the challenges of the doctors and what they want to do for me?

A. If the term, “ nothing to lose “ means anything, then in your case, we were at that point. We knew you had pulmonary hypertension which was slowly killing you, so your heart doctor and I spoke of probabilities of you never coming off the table were extremely high, but the alternative was unacceptable! Granted I died a few times while you were in surgery, but you pulled us both through it. I had never faced terror like that even in Viet Nam.

Q. At times when I was very sick from a surgery gone wrong and as a parent, how did you deal with the emotions that you felt?

A. Actually, all your surgeries were very successful which is why you are still here, with the exception of one. I call it the “ bridge too far “ which was for all intents and purposes was almost cosmetic in nature. We had discussed how you always disliked that your scapula stuck out because of your severe scoliosis and I researched it and found a surgeon in Oklahoma who could do a “ rib resection “ that would bring your scapula down in a more normal position. This involved actually cutting out a few inches of rib from your side and all should be well. Unfortunately, the lab didn’t do a total pulmonary functions test and when you came out of surgery, you had to go on a ventilator and couldn’t breathe on your own. I blamed myself for the outcome for many years because the surgery wasn’t absolutely necessary, and I almost ended your life. I remember coming home to be with you at the hospital the mid weekend while I had been at summer camp ( National Guard ) and was dying inside because I had to fly back Sunday nite, and you were getting worse. 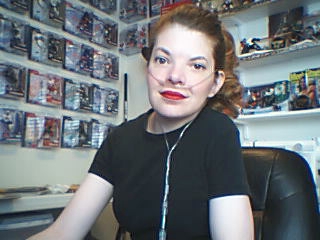